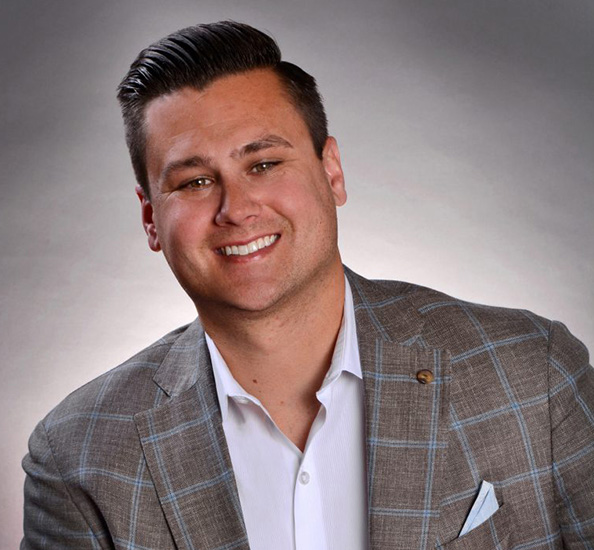 Devin’s mission at Thomas Title is to create “Raving Fans” by implementing a sustainable culture of performance excellence.

His unique approach of gratitude, graciousness, and generosity has earned him the reputation of being a Servant Leader, both within the industry and in the local community. He enthusiastically serves as a member of the Fiesta Bowl Committee and Care Fund Advisory Board and is dedicated to serving his church.

A Southern California native, Devin grew up in the Motion Picture Industry, where his family owned a successful production company. While still attending high school, and throughout college, Devin worked for a boutique Title Company. Being a young entrepreneur, he chose to move to Scottsdale, AZ, where he helped start-up a Real Estate Investment Firm, which is now publicly traded. Once the firm’s portfolio grew to 20,000 single-family homes across 7 states, Devin decided to launch his own Private Real Estate Equity Firm.

He is the Founder and Principal of Vos Cornerstone Properties, whose focus is to acquire residential and commercial properties in the western United States.

In 2015, Devin had the good fortune to cross paths with Frank Busch, President, and CEO of Thomas Title, who became an instant friend and mentor. As this relationship developed, Frank invited Devin to serve alongside him at Thomas Title.

While Devin relentlessly strives to deliver a heightened and unprecedented level of service to his Clients and Team, you can catch him occasionally waterskiing on the lake, playing football, trying new restaurants and traveling with the love of his life.

We are here to help.

Please contact us directly if you need assistance with anything, our customized and personalized customer service is what we do best.