Francis Ford Coppola gets OK to convert five floors of office building into hotel
The San Francisco Examiner reports that the city has approved director Francis Ford Coppola’s plans to turn five floors of Columbus Towers in North Beach into a hotel. The plans call for the third floor through the seventh floor to become guest rooms with a capacity of 15 guests. Work on the conversion will not begin until San Francisco emerges from the tourism downturn brought on by the COVID-19 pandemic. Coppola has owned the landmark at 916 Kearny St. since 1972. Coppola and his family own five boutique, resort hotels.

U.S. Navy looking to exchange land for power plants, possibly renewables
The Navy wants to trade land as bases in Bremerton, Washington and Bangor, Maine for some backup power capability, the Kitsap Sun reports. The Navy says it will consider renewable sources, such as solar and wind power. “Where we benefit is in the energy security and resiliency,” said Capt. Ben Miller, Naval Facilities Engineering Command’s Northwest Commanding Officer. Aug. 18 is the deadline for submitting proposals. The Navy wants to pick the developer by July 2021 and complete the work by 2024.

Demand for industrial space booming as e-commerce thrives
E-commerce is hot — and that heats up the market for industrial space, the Houston Chronicle reports. The COVID-19 pandemic has prompted many people to try ordering online for home delivery of many goods, most significantly groceries, commercial real estate firm JLL tells the paper. JLL expects the grocery trend to continue after the pandemic subsides. The upshot of this has higher demand for industrial space, including cold storage. “Our Texas team is tracking more than 30 groups that we have had discussions with since March that are new or re-engaging in wanting to invest in (industrial space) due to the long-term tailwinds for tenant demand that are expected from e-commerce growth, re-shoring of manufacturing and higher inventory levels,” Trent Agnew, who specializes in industrial capital markets investment in JLL’s Houston’s office, says.

COVID-19 pandemic speeds up shift to Plano, other suburbs, expert says
Marcus & Millichap’s John Chang says the COVID-19 pandemic has sped up a trend as businesses and residents migrate to suburbs from central Dallas, the Dallas Business Journal reports via WFAA-TV. The senior vice president and national director of research services for Marcus & Millichap Real Estate Investment Services says the pandemic is changing people’s minds “about where they want to live.” They want less density, and that affects multifamily as well.

Four large-scale projects transform dowdy downtown Mesa
Mesa claims to fame are the spring training home to the Chicago Cubs, a Mormon Temple, and that the city (population 500,000) is larger than many well-known cities, such as Miami, Florida, Minneapolis, St. Louis and Cincinnati. But the city, with its somewhat dowdy downtown, is seeing some real change with four major developments, AZ Big Media reports. The Temple is being renovated. The Church of Jesus Christ of Latter-day Saints’ development arm, City Creek Reserve, is building a mixed-use project near the Temple. Next to that project, Palladium Enterprises is building the GRID, which will have include office, retail and multifamily. Nearby, Arizona State University is building its $130- million ASU at Mesa City Center campus.

Go for the Gold: Canadian company will go ahead with plans to build mine
Canadian mining company Alamos Gold will go through with plans to build La Yaqui Grande gold mine after a study by the company indicated the project would be profitable, mining.com reports. The project will be put into operation in the next 24 months and is expected to yield 123,000 ounces over five years. Prices per ounce of gold have risen to near the $2,000 mark, which has injected cash into the industry. 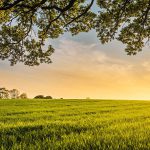 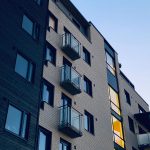