Hewlett Packard—Silicon Valley Mainstay—moving HQ to Houston
Hewlett Packard Enterprise, a company with roots in the Bay Area going back to 1939, is moving its headquarters to Houston, the San Francisco Chronicle reports. CEO Antonio Neri wrote in a blog that the move is “in response to this new future of work, we have reevaluated our real estate site strategy to ensure that we are utilizing our workspaces most effectively and positioning our teams and talent in the best interests of our business.” Lower costs help both the company and employees, who can better afford to rent or buy in Houston than they can in San Francisco. The median home price in the Bay Area is more than $1 million. Hewlett Packard Enterprise was founded by Bill Hewlett and David Packard in a garage in Palo Alto.

Elon Musk says he’s leaving Golden State, moving to Texas
Elon Musk has been splitting time between California and Texas for a while. But the Daily Mail reports he is telling friends he is ditching the Golden State. Fights over income tax and COVID-19 restrictions have tarnished California in the billionaire entrepreneur’s eyes. Musk may not be free of California for a while. He is trying to sell seven residential properties, asking a total of about $137 million.

Owners of buildings in Boston have one-stop hub for energy information
Owners of big buildings in Boston have a one-stop recourse center for information on how to cut energy costs, Energy News reports. The city and Eversource, a local utility company, have created an information center, the Building Energy Retrofit Resource Hub, as Boston strives to become carbon neutral by 2050. “The idea and the hope is that this one-stop-shopping approach is a way of making it easier for those types of properties to access the resources available,” Boston’s climate and buildings program manager, Ben Silverman, says.

Game-changing projects in East Valley, West Valley under way
A pair of projects that broke ground in September have the potential to have major impacts on opposite sides of the Phoenix metro area, AZ Big Media reports. In the East Valley, the former General Motors Proving Ground in Mesa is the site of the future Legacy Sports Park, a $250-million project that includes an indoor arena and an outdoor stadium. In the West Valley, Crystal Lagoons is building a resort and mixed-use facility. The centerpiece, as the name implies, is a water park. Crystal Lagoons has developments worldwide, including Japan and Brazil.

Italian shipbuilder Fincantieri plans to build shipyard in Port of Progreso
Fincantieri, a shipbuilder based in Italy, is planning to build a shipyard at Port of Progreso, near the Yucatan capital of Mérida, Freight Waves reports. “The new Progreso shipyard will be strategically placed to serve the merchant operators of this area, benefiting from the nearby Yucatán navigation channel, a natural outlet to the Atlantic Ocean. The Gulf is also a region with a strong concentration of oil- and gas-related operations, with offshore exploration, production, and storage of oil and natural gas,” Fincantieri’s Giorgio Rizzo di Grado e di Premuda says. Construction is expected to begin in 2021. Fincantieri plans to invest $150 million in the facility, which the company says will be completed in phases by 2027. The shipyard will employ as many as 700 full-time workers. 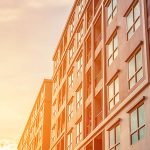 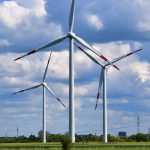