Fortnite developer plans to convert N. Carolina mall into headquarters
Epic Games, the developer of the popular video game Fortnite, has agreed to buy a 980,000-square-foot mall in North Carolina that it plans to remodel as its new headquarters, The Real Deal reports. Epic agreed to pay $95 million for the Cary Towne Center. Epic says it will open the new headquarters in 2024.The mall will have about four times as much space as Epic’s current headquarters. Epic says it has no plans to create an e-sports arena and that it is considering leaving some of the mall’s space available for the community.

Engineering firm plans plant to suck carbon out of the West Texas sky
Carbon engineering, a Canadian company, is building a facility in the Permian Basin of West Texas that it says could capture 1 million metric tons of carbon dioxide per year, IEEE Spectrum reports. Rows of giant fans will pull carbon dioxide from the air and pump it underground, capturing the equivalent a 40 million trees. While other companies are trying similar projects, this is the largest of its kind. The facility is expected to be finished by 2024.

Hughes Corp brass discusses lesson from pandemic, directions for development
Howard Hughes Corporation leaders told the Houston Chronicle in a wide-ranging interview that the company will focus on developing the company’s master planned communities including the Woodlands. Hughes has more than $1 billion in cash and a new leadership team. David O’Reilly, who was serving as interim CEO, is now the company’s permanent leader, and L. Jay Cross joined as president. Cross was involved in the development of the mixed-use Hudson Yards in Manhattan. He also has a background in sports team leadership and stadium development. Among the trends they see for the post-pandemic world are more flexible office spaces and greater desire for open spaces for residential.

LA-based Lions Real Estate Group moving headquarters to Dallas
Lion Real Estate Group, an investment and management firm, relocated its corporate headquarters from Los Angeles to Dallas earlier this month, Dallas Innovates reports. The firm concentrates on multifamily and office properties. Lion has about $900 million in assets under management and has participated in more than $1.5 billion in real estate transactions. The company says it chose Dallas for its new headquarters because it aligns with a strategy finding properties in high-growth cities across the Sunbelt and the Southeast. “Having a physical presence in Dallas-Fort Worth-Arlington checks many of these boxes and will improve our ability to secure direct deals on attractive terms with strong potential rates of return,” co-founder Mory Barak says.

Experts attempt to predict how CRE will fare in 20201
Commercial real estate experts predict the industrial sector will remain strong in the Greater Phoenix area, AZ Big Media reports. Multifamily slowed after the first quarter 2020 but is expected to get a boost from continued population growth. The office market took a dip in 2020. The overall office vacancy rate rose from 11.4% to 12.8%. The forecast calls for slower activity in the early part of the year, but leasing activity is expected to pick up as workers return to the office. The main question is how companies face work-from-home issues. “We’ve seen and heard from employees, C-Suite executives and corporate commercial real estate occupiers over the past nine-plus months that most of their workforce want to return to the office for at least a good percentage of their work schedule,” Cushman & Wakefield’s Larry Downey says. In the retail sector, the Phoenix market is expected to finish with negative absorption in 2020. But a strong job market and population growth may mitigate some of the problems for leasing retail space in 2021.

Southern Mexico can expect uptick in commercial real estate investment
Infrastructure projects such as the Maya train are boosting real estate investment in the south of Mexico, Mexico Business reports. In 2020 the train project sparked $45 million in investment from real estate developers. That figure is expected to increase in 2021. One firm, Sky Capital, has invested in Merida, the capital of Yucatan. Sky Capital is building The Sky, the city’s first skyscraper and the second phase of an industrial park. Several projects slated for 2020 were postponed until 2021 in anticipation of the COVID-19 pandemic easing up. 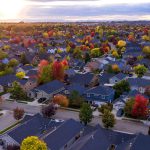 In the News—Week of January 4, 2021The Title Trove 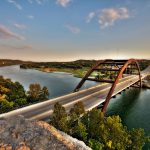