Commercial buildings in New York may be used for COVID-19 rapid testing
The COVID-19 pandemic has devastated the commercial real estate market in New York. Now the sector may be able to fight back against the disease. The Real Estate Board of New York hopes to make some of that empty space available for rapid testing sites, Fox Business reports. “REBNY and our members are working closely with state officials to begin offering free space for rapid testing centers in retail spaces and large commercial buildings,” REBNY President James Whelan says. “We are committed to significantly expanding this effort over the coming months, as increasing access to rapid testing will play a crucial role in our city’s economic recovery as the governor stated.

More efficient quarters befit Institute for Energy Efficiency
UC Santa Barbara’s Institute for Energy Efficiency has moved into a state-of-the-art 50,000-square-foot building, Noozhawk reports. Henley Hall features solar shading, thermal insulation, demand control ventilation. It was built with 20% recycled materials. the building is on track for LEED Platinum status. The Institute has won awards for research that led to numerous energy-saving innovations. The building is named for UCSB alumnus Jeff and Judy Henley, who gave a $50 million gift to the College of Engineering.

Law giant Norton Rose Fulbright signs lease for planned 28-story tower
Skanska, which developed the Bank of America Tower in downtown Houston, is planning a 28-story office building. The project already has an anchor tenant, the Houston Chronicle reports. New York-based Norton Rose Fulbright, the third-largest law firm in the United States, expects to move into the building in 2024. Norton Rose Fulbright will have naming rights to the Tower, which will be built alongside Discovery Green. For now, Skanska is calling the project 1550 on the Green.

Prime retail real estate in DFW will rebound, expert tells conference
The annual Weitzman conference offered a positive outlook on retail in the Metroplex. Bob Young, executive managing director at Weitzman, says he expects the retail real estate in the area to bounce back, The Dallas Morning News reports. Young told the conference the market finished 2020 with 91.7% retail space occupied. While that is down from 93.7% in 2019, it is still impressive considering the toll the COVID-19 pandemic has taken on businesses throughout the country. Despite the pandemic, retail occupancy topped 90% for the eighth successive year. Young said shopping centers may not recover for two to four years, but businesses will eventually step in to fill vacancies.

$1.2 billion logistic center in Mexico City planned for USMCA
The Mexican government has announced plans to build a $1.2 billion logistics facility near Mexico City that will create 65,000 jobs, Freight Waves reports. The center is designed to increase international trade in connection with the United States-Mexico-Canada Agreement. The center will be located near the $3.5 billion Felipe Angeles International Airport that is under construction. E-Group, a Mexico City company, will develop the center. The project is scheduled to begin construction this year 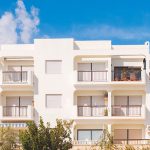 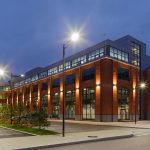 In the News—Week of January 25 2021The Title Trove