Semiconductor-maker Intel plans to invest $20 billion to build two fabrication plants in Jersey Township in Licking County in Ohio, The Columbus Dispatch reports. These will be the first chip plants in Ohio and will employ about 3,000 workers. The Ohio campus could eventually become the world’s largest chip-making facility.  “It has so many ramifications that you can’t quantify them,” Gov. Mike DeWine says. “If you’re a CEO, you’re going to say, ‘Why are they going to Ohio? I better check them out.’”

Anderson Corporation, the leading maker of and installer of windows, has put up $30 million in Series B funding for a maker of a transparent solar energy generator, CleanTechnica reports.  Ubiquitous Energy and Anderson hope to make windows that generate power. Researchers have been working for years to find an efficient way to make transparent solar panels that were efficient enough for the commercial market. Ubiquitous Energy says it has a path through its proprietary technology. Last fall, the company installed transparent solar panels at the Biomedical and Physical Sciences Building at Michigan State University.

Fowler Property Acquisitions bought high-end development in Houston’s Upper Kirby district for $182 million, The Real Deal reports. Thor Equities opened the property in 2017 and called it the Kirby Collection.  Fowler changed the name to Arrive Kirby. Arrive Kirby has a 25-story tower with 199 apartments, an office building, and a retail area. Fowler plans to spend $7.6 million on renovation.

Field Street is becoming the Main Street of downtown Dallas

With at least six skyscrapers planned, Field Street in downtown Dallas is taking on a new importance, The Dallas Morning News reports. “We think Field Street is the most exciting street in Dallas in the next decade,” Jonas Woods with Dallas-based real estate investor Woods Capital tells the newspaper. “You have probably the strongest collection of owners that are super-high-quality developers that has ever existed on a single street.” The cost of buildings will be in the billions.

Phoenix area continues to draw newcomers from the West Coast

Arizona has benefited from newcomers coming from the West Coast since the 19th century. But migration has increased since the COVID-19 pandemic, AZ Big Media reports. Data from Matthews Real Estate Investment Service shows about 200 people move to the Phoenix area every day. Among the drivers are affordability for houses and apartments and a strong economy. The Phoenix metro area suffered fewer job losses in the pandemic than any other major city. Matthews predicts 17% growth in apartment rents in the Valley in the next year, as well as strong growth in rents for retail (27.4%) and industrial (8.3%) spaces.

Parent of Corona, Modelo has plans for $1.3 billion brewery

Constellation Brands, the parent of Corona and Modelo’s U.S. beers, plans to build a $1.3 billion brewery in southeastern Mexico, The Real Deal reports. This comes two years after the government ordered the company to stop work on a plant in the northern border city of Mexicali. The plant was nearly complete, but local opposition to a brewery led to a referendum, which the company lost. The company has not disclosed the location of its new plant. 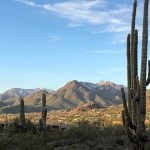 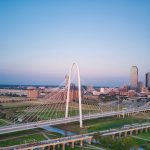