The vacancy rate for offices in downtown Manhattan has hit 21% and is 18.7% in Manhattan overall, The New York Times reports. The culprit is that more employees are working remotely. The trend is happening everywhere, but the effect on New York City’s economy is greater. Before the pandemic, 1.6 million commuters came to the city every day supporting its restaurants and shops. Other cities have higher vacancy rates, but they had higher vacancy rates before the pandemic. “The long-term, overall market will recover,” Colliers executive Franklin Wallach says, “but the when, where and how — that will vary where you are standing.”

Michelin Group has come up with an unusual-looking sail it wants to put on cargo ships to make them go faster and reduce the amount of fuel needed, spectrum.ieee.org. reports. The white structure, which is puffy and inflatable, is supposed to work something like an airplane wing cutting through the air. Michelin says its device can improve a ship’s fuel efficiency by up to 20%. The idea seems to be both a fitting and an odd contribution from Michelin, which is best known for making tires for cars. Then again the sail is white and puffy like the Michelin Man. (The official name of the character is Bibendum, who has been the front man for the company since 1898. He is obviously made of tires. So why is he white? Well, when Bibendum came on the scene tires were white or ivory because that is the natural color of processed rubber. Around 1910, a company called Binney & Smith came up with something called carbon black that when coated on the outside of a tire made it last considerably longer. This was eventually adopted by tire-makers all over the world. Binney & Smith got out of that business, but they were not done coloring our world. The company’s best-known product is Crayola Crayons). And, Michelin is more than a tire company. Through its guides, it has long been the leading arbiter of fine dining and hotels throughout the world. We will see if this turns out to be a 5-star invention.

County commissioners OK’d Harris County budget management office’s purchase of a 17-story building in downtown Houston, the Houston Chronicle reports. Harris has been seeking to consolidate its operations. The purchase of the 429,000-square-foot building at 1111 Fannin St. cannot exceed $28.9 million. Triten Real Estate Partners bought the property from Taconic Capital Advisors in December 2020. JP Morgan Chase moved out of the building in January.

The campus that once served as headquarters for H. Ross Perot’s Electronic Data Systems will be turned into an urban neighborhood, The Dallas Morning News reports. The 20-acre site, west of U.S. Highway 75, has been vacant since CompuCom Systems left five years ago. Centurion American Development Group has agreed to buy the property and plans to build single-family homes, townhouses and condominiums. “It would have a variety of housing,” CEO Mehrdad Moayedi tells the newspaper.

Rents for apartments in the Phoenix market rose almost four times the national average from May 2020 to May 2021, AZ Big media reports. Phoenix has been outperforming the national market in terms of rent growth for about five years, but the gap has increased since the pandemic began; the best the Valley has performed in decades. Chandler and North Glendale submarkets led the way in May with increases of more 20% from the previous May.

The Cancún-Playa del Carmen highway is a mess. But, Mexico News Daily reports the governor of Quintana Roo has promised to build a diversion route to help relieve traffic congestion. The four-lane, 22.7-kilometer road will be completed in a couple of months. The existing highway has been subjected to lane closures because of deep maintenance work connected with the Maya Train. 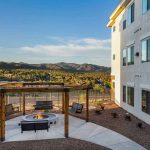 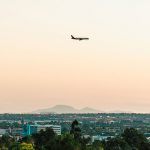