Suit accuses Seattle-area investors of running ‘cultlike’ Ponzi scheme
Two residents of Bellevue are being sued for investment fraud by Chinese investors who claimed they were duped by the pair, The Seattle Times reports. The suit accuses Jialin Niu and Troy McBride of “brainwashing” Chinese students into investing in real estate bought on credit; the money wound up going directly to Niu. The students wound up mired in debt. The pair set up classes where the students were pressured in a “cultlike” atmosphere, the suit says. Niu and McBride, who records show purchased more than $111 million in property in the Seattle area over the past decade, could not be reached for comment. Their lawyer declined to speak with the newspaper on the record.

Florida county creates loan program to promote clean, efficient energy
Orange County in central Florida offers SELF, a not-for-profit program that provides homeowners with loans for energy efficiency, the Orlando Sentinel reports. Orange County has offered the program since 2014, and it has provided homeowners with $ 1.2 million in loans for energy upgrades. “This will help residents live more safely, comfortably and cost-effectively in their homes during this uncertain time,” Orange County Mayor Jerry Deming says.

Investors buy blocks of Fifth Ward to strengthen Black businesses
Real estate broker Jay Bradley, developer Chris Senegal, and the Cocoa Collective Xchange are heading up an effort to expand and revitalize the Black business community in Houston’s Fifth Ward, the Houston Chronicle reports. The idea is to buy up whole blocks of the neighborhood and draw investors back into the community. More than 1,000 have invested and the idea has raised $650,000. “When the community feels neglected, people come in and they don’t have an affiliation with the neighbors,” Senegal tells the newspaper. “You need to give more of a sense of revitalization to the neighborhood.”

Dallas-Fort Worth construction seems to have made a quick rebound
North Texas is one of the few areas in the country where the construction industry has regained its footing after the COVID-19 lockdown, The Dallas Morning News reports. An Associated General Contractors of America report shows that Dallas-Fort Worth is one of two major metro areas where the building sector has come back from pre-lockdown levels. “Construction activity has returned to pre-coronavirus levels in 34 states, based on data on workers’ hours analyzed by Procore,” the contractors’ group report on the survey says. “And construction has returned to pre-coronavirus levels in Dallas and Miami, according to Procore’s data on eight large metro areas.”

Businesses decide to reopen, live with risk of COVID-19
Businesses throughout Mexico re-opened in 16 states deemed “orange light” (high risk of coronavirus infection) on the government’s series of stoplights that rank the danger of COVID-19, Mexico News Daily reported. “Either we die of the virus or of hunger,” a Santa Teresita business owner told El Universal newspaper. Or as Jalisco Gov. Enrique Alfaro put it: “We’ll have to learn to live with risk.”

Iconic Phoenix mall Metrocenter will close after 47 years on June 30
Fox 10 in Phoenix reported that it had obtained a letter from Metrocenter general manager advising stakeholders the mall would be closing on June 30. “It is with a heavy heart that after 47 years of operation we had to make the extremely hard decision to close Metrocenter Mall at the close of business on June 30th, 2020,” Kim Ramirez, the mall’s general manager, wrote in the letter, which the station posted on its website. The economic stress caused by the COVID-19 was the final blow for the center, which opened in 1973. The original anchor stores were Sears, Rhodes Brothers, Diamond’s, Goldwater’s, and The Broadway. Only Sears is still in business, and it closed its Metrocenter location in 2018. 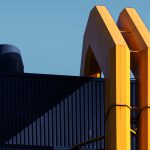 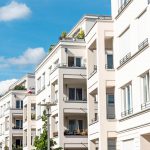