Things move quickly in the Silicon Valley. The Mercury News reported that there were plans to convert a long-standing Fry’s Electronics store in San Jose into a tech campus. Within hours of the report, Fry’s announced it was going out of business. Privately held, Fry’s started in 1985 in California and was an electronics superstore, a sort of Bass Pro Shops for high-tech types. The stores often featured exotic themes, such as Mayan Temple or slot machines. At its peak, Fry’s had 34 stores, mostly in California. It had extended to Arizona, Texas, Georgia, Nevada, Oregon, Indiana, and Illinois. It had closed four stores before the big announcement came. No word on whether the others will be redeveloped into high-tech campuses.

Ammonia is gaining favor as the fuel of the future in the shipping industry, IEEE Spectrum reports. It emits no carbon dioxide when used, it’s abundant and can easily be made into electricity when mixed with water and air. Ammonia can work with fuel cells and internal combustion engines. The industry is trying to cut carbon emissions in half by 2050, but no vessels today are powered by ammonia. The Viking Energy is poised to become the first ship propelled by ammonia fuel cells, but that won’t happen until 2024.

The Dallas-Fort Worth metroplex has grown in population and jobs at a frantic rate in recent years, which has fueled growth not only in the city centers but in the suburbs, Commercial Property Executive reports. “People are drawn to Allen for its safe and desirable neighborhoods, nationally rated public school and park system, and modern comfort,” Allen Economic Development Corp. Director Dan Bowman says. The city’s Watters Creek District is projected to have more than 5,000 jobs in a few years. Allen has given zoning approval to four large mixed-use projects on State Highway 121. “Corporate office employers want to locate near great housing, parks, retail and dining, making Allen an easy location decision for companies like NetScout, Motorola, Credit Union of Texas, Cisco, KONE Corp., and a myriad other companies that were drawn here in the past decade,’’ Bowman says.

Former Sam’s being turned into auto park in Casa Grande

Mullin360 is turning a shopping mall on Florence Boulevard and Interstate 10 in Casa Grande into an auto park, AZ Big Media reports. The new auto mall will occupy 27 acres, including a 17-acre parcel that formerly held a 136,000-square-foot Sam’s Club. Mullin360, which is based in Scottsdale, has developed a number of auto-shopping projects, including the Scottsdale Autoshow and the Tempe Autoplex. The developer says it has nine dealers lined up for the Casa Grande project.

The Labor and Administrative Court of Yucatan has upheld three provisional suspensions against the Mayan Train project, Mexico Business News reports. The ruling stops federal authorities from working on the project until a definitive action is resolved. National Tourism Development Fund officials insist the project will not be permanently halted and that the nongovernment organizations that are trying to derail the train are working to undermine President Andrés Manuel López Obrador. 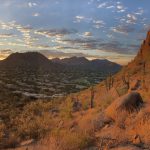 In the News—Week of February 23 2021The Title Trove 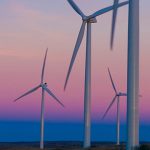 In the News—Week of March 8 2021The Title Trove