When Cloudera left some Bay Area office space early last year, the company planned to sublease it. Then came the pandemic. Vacancies have skyrocketed in San Francisco. And the previous default plan — rent it to someone else — no longer is viable, CNBC reports.  And worse yet, it is showing up on earning reports. Companies are forced to take write-downs on space they can’t find someone else to rent. Desperate times call for desperate measures. So, any start-up that wants prime space can get a great deal for the next few quarters.

Bank locates downtown to meet customers ‘where they are’

Old National Bank relocated its banking center operations from near a mall to Jackson, Michigan, mlive.com reports. The new location saves travel time for customers. And the new spot is in Jackson’s “smart energy district,” an area of downtown that incorporates green and energy efficient technology into its infrastructure. “We’re really thinking about when a client comes into the door of the banking center, what they need to do and what they need to have access to,” says Jamie Guise, senior vice president of community engagement.

SpaceX’s footprint stepping on some toes in South Texas

Entrepreneur Elon Musk has chosen South Texas as his base for exploring the universe, but his Space X company is not universally popular in the Rio Grande Valley, the Houston Chronicle reports. Musk’s venture has given a boost to real estate prices, and some enterprising souls, such as one landowner who charges $350 to camp and watch the launches, have figured out how to capitalize on it. Critics complain it will have an adverse effect on the environment and the lifestyle of residents. “SpaceX colonization of Mars is starting to impact the Rio Grande Valley,” a local activist says. “It’s stripping away our access to our pristine beach, gentrifying our community and causing devastating explosions.”

Vanguard opening its fifth U.S. office in Dallas-Fort Worth

Forge, Pa.-based Vanguard says it will open its fifth location in the Dallas-Fort Worth metroplex, The Dallas Morning News reports. The global investment management giant has just four other U.S. offices. Vanguard has about 15,500 employees in the U.S. and has about $6.2 trillion in assets under management worldwide. “Establishing a new office in Dallas reflects our continued commitment to hiring top adviser and technology talent to support our advised clients,” Vanguard CEO Tim Buckley said in a statement.

Real estate giant Vereit is being swallowed up, will move headquarters

Realty Income Corp. agreed to acquire Vereit, a Phoenix-based owner of 3,800 commercial properties, The Arizona Republic reports. The companies plan to sell or spin off nearly all of their office properties after the merger closes in the fourth quarter. The new-super-sized Realty Income will become one of the six or so largest REITs in the United States. The company plans to keep Vereit’s current office at on East Camelback Road. Vereit’s stock was valued around $11 billion before the deal was announced. It is one of the largest publicly traded companies in Phoenix. 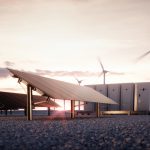 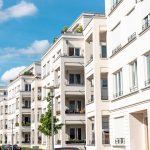