The amount of space used by companies that create video games in Los Angeles and Orange counties has increased by about two-thirds in the past years, the Los Angeles Business Journal reports. Figures from CBRE show about 3.1 million square feet of office space is used by game developers and publishers. That is about 14% of the space used by the region’s tech firms. Two of the top five game makers in the world are among the 142 firms involved in the e-sports industry in Southern California.

Star Refrigeration is releasing an app designed for cold storage facilities in the United Kingdom to compare their energy use with other European companies in the industry, Environmental Leader reports. The comparisons will help them find more efficient ways to save on power. Star Refrigeration says its research shows modern and well-maintained facilities can cut energy use up to 30%.

Shipley Do-Nuts has announced plans to turn a former Finger Furniture warehouse into the chain’s headquarters and a donut shop of the future, the Houston Chronicle reports. The site is near the Gulf Freeway at Cullen Boulevard. Before there was a warehouse at the site, the location was used from 1928 to 1961 as Buffalo Stadium, the home ballpark of the Houston Buffaloes minor-league baseball stadium. “This is our field of dreams. Where we’re standing is the very first minor league ball team ever associated with Major League Baseball,” Shipley’s CEO. Clifton Rutledge, says. “We’re very proud to be here.” The 60,000-foot warehouse will be revamped with a drive-thru in the middle to provide a behind-the-scenes look at Shipley’s operations. Customers will be able to see employees making yeast dough for Shipley Do-Nuts’ more than 330 shops.

Japanese department store Teso Life is coming to Frisco Ranch shopping center, taking over a space that formerly housed a stereo store, the Dallas Morning News reports. The Flushing, N.Y.-based retailer will take over 10,385 square feet at the center at the intersection of Preston Road and Warren Parkway. The store is projected to open in late summer 2022. This will be Teso Life’s second store in the Dallas-Fort Worth area.

The Phoenix metro area is one of the few markets that experienced positive net absorption in office leasing between the middle of 2019 and the middle of 2021, AZ Bg Media reports. Figures from CBRE showed net absorption increased by 7.3% between the beginning of the quarter in 2019 and the end of the second quarter in 2021. The Tempe submarket was particularly strong as rents went up by 13.6 percent. The increase was powered by tech companies relocating from the Silicon Valley, where costs are higher.

Rogelio Jiménez Pons, general director of the National Tourism Promotion Fund, told the Senate that the Mayan Train was designed to integrate the southeast portion of the country into the larger national economy, Bnamericas reports. The southeast in recent decades has served the nation a lot in terms of energy, tourism, culture, without receiving the corresponding investments and rewards in return,” he said. The controversial project ran into some more headwinds recently when pre-Columbian artifacts were discovered in its path. 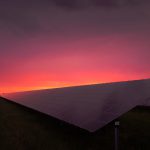 In the News—Week of October 25 2021The Title Trove 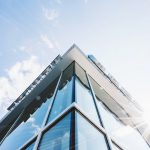 In the News—Week of November 8, 2021The Title Trove