Upscale assisted-living facilities opening up around the country

This is not your father’s old-folks home. Tony assisted-living facilities are riding a silver wave of aging well-to-do boomers, The New York Times reports via The Real Deal. No sitting in a rocking chair on a porch waiting for some warm milk. These facilities feature indoor pools, gourmet dining and spas. And they carry a hefty monthly price tag — about $8,000 to $30,000.

A committee in the Ohio House unanimously passed legislation to allow electric utilities to charge customers to fund programs designed to reduce electricity consumption, Ohio Capital Journal reports. The money would go toward consumer rebates on efficient appliances. Residential customers would have limited ability to opt out. The maximum charge would be $1.50 per month. The bill has the support of both major political parties, environmental advocates and utility companies. But it is opposed by the Ohio Consumers’ Counsel, a state agency that operates as an advocate for residential electricity customers.

Everything is bigger in Texas, including a rooftop park in Houston

The years-long redevelopment of the former Barbara Jordan Post Office in downtown Houston held its opening recently, the Houston Chronicle reports. On the rooftop will be a 5-acre park, the largest park of its kind in the United States, with a vegetable farm. The federal government vacated the building in 2014 and sold it to Lovett Commercial. Lovett Commercial hoped the project would serve as an example of reusing old buildings instead of demolishing them. The 550,000-square-foot building will have office space, a food hall and a concert venue.

CBRE, the country’s largest commercial real estate company, received the Dallas City Council’s OK for a plan to give the company millions in incentives, The Dallas Morning News reports.  The plan calls for CBRE to get a $250,000 economic development grant from the city and for the city to nominate the company for $3.45 million in economic incentives from the state of Texas. The incentives would help CBRE build a $200 million headquarters tower in Dallas’ Uptown neighborhood and add to its local workforce. CBRE moved its headquarters from Los Angeles to Dallas last year and employs about 700 in North Texas.

Mr. Lucky’s, a legendary bar in west Phoenix where many top country acts played, is being sold to an undisclosed buyer, Phoenix New Times reports. The bar was notable to passersby because of its tall sign topped with a figure that resembled a joker in a deck of playing cars. NAI Horizon is handling the sale of the 20,865-square-foot building located at Grand and 37th avenues. NAI Horizon’s Mark Wilcke told the alternative weekly newspaper that the deal, which includes a 4.4-acre lot, is in escrow. Mr. Lucky’s opened in 1966 and served as a venue for Waylon Jennings, Willie Nelson, Charley Pride, Marty Robbins and others. It closed as a country bar in 2004 and several other businesses have used the building. It has been vacant for several years.

Membership-retailer Costco has opened ​​a 21,200-square-meter store on the west side of Mexico City that is the company’s largest in Mexico, Mexico News Daily reports. The new location cost $60 million and will provide 280 jobs. Costco has 39 stores in Mexico and 815 worldwide. The retailers has 5.7 million members in Mexico. The store’s roof features a soccer field, two basketball courts and other recreational areas. 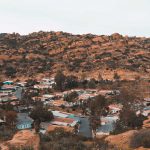 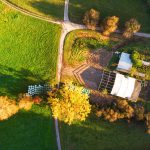