Owner of long-shuttered Packard Plant decides rehab plans and tears it down
The Packard Plant has long been a symbol of the decline of Detroit and the American auto industry from their pinnacles in the years immediately following World War II. The plant was opened in 1903 and one time employed 40,000. Packard, which manufactured luxury automobiles, could not keep up with the Big Three car-makers in the 1950s and merged with Studebaker, another smaller auto company, in 1954. The last car was made at the Packard Plant in 1958. The 40-acre site was used by other industrial tenants until the 1990s. Since then it has been the site of raves and numerous videos by urban explorers. Investor Fernando Palazuelo, who has refurbished buildings in Spain and Peru, bought the property in 2013. Palazuelo planned to refurbish the plant, using portions for art galleries and a techno club, but he is now seeking buyers or tenants and plans to demolish it, the Detroit Free Press reports. Palazuelo’s company, Arte Express Detroit, owes more than $1 million in unpaid property taxes and other bills.

Requirement for New York City buildings to display energy ratings in effect
The landlords knew this day was coming. New York City is now requiring that commercial buildings display their energy grade or face a $1,200 fine, WLNY TV reports. One Bryant Park, the first LEED Platinum skyscraper, which set a standard for green construction, earned a “D.” “Our city has over 1 million buildings, and the energy that it takes to heat and cool those buildings is responsible for the lion’s share of our contributions to climate change,” New York City Director of Sustainability Mark Chambers says.

Local Office aims to serve workers who are tired of the home office
After a hard day at home, nothing feels better than just getting to the office. That’s the idea Local Office says is behind an 11,000-square-foot space in Bellaire it opened, Community Impact newspaper reports. The company says it is targeting professionals who suffer from “work-from-home fatigue.” The shared workspace facility is the third in the Houston area owned by Scott Rubenstein, a Houston-based commercial real estate developer.

The Stack Deep Ellum will feature touchless access from garage to office
Hines’ 16-story development in the Deep Ellum section of Dallas will be the first office building in the market to offer touchless entry when it opens in 2021, Dallas Innovates reports. The Stack Deep Ellum will include 200,000 square feet of office space and 15,000 square feet of retail space. “The Stack offers a frictionless path from your car into the office,” Hines managing director Ben Brewer says. “The building is equipped with touchless features starting at the garage and into the elevators, all the way to the office space and amenity levels.”

Workers hold topping out ceremony for Hyatt Place Phoenix Downtown
The eight-story Hyatt Place Downtown Phoenix, which broke ground in March, held a topping-out ceremony recently, AZ Big Media reports. The 238-room hotel, located at Adams Street and Second Avenue, is expected to open next September. “Our project team, along with our trade partners, continues to make incredible progress, making this exciting hotel offering in downtown Phoenix a reality within the next year,” says George Forristall, director of real estate development at Mortenson. Mortenson is developing the inn with Pacific Hospitality Group.

Federal government announces plan to build train from Mexico City to Chalco
The federal government announced a plan to build a passenger rail line that will link Mexico City with municipalities in the state of Chalco. The $1.5 billion project, which is certain to have major implications for commercial real estate, will run from Chalco to the Santa Martha Metro station in the Mexico City borough of Iztapalapa. The government says the line will begin operation in 2024. An estimated 138,000 passengers will use the service each day in 2024, a number projected to swell to 168,000 the next year. 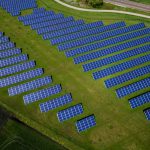 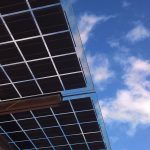 In the News—Week of December 7, 2020The Title Trove