At least three companies are pitching NASA on building a private station to replace the agency’s existing orbital laboratory, Bloomberg reports via Al Jazeera. Voyager Space Holdings is the latest to approach NASA. The United States government has started a Commercial Low-Earth Orbit Destination program to facilitate orbital stations that might include hotels, astronaut training centers and industrial research facilities. NASA says 53 companies and organizations have expressed interest in the program.

Montana State University has $500,000 to spend on efficiency upgrades

Montana State University is likely to connect its three geothermal fields to university buildings as part of a $500,000 fund for energy efficiency programs. KZBK-TV reports. “We have made incredible successes, but now we’re at a point where we need some real and technical engineering expertise on some real and difficult problems,” the school’s vice president of university communications, Tracy Ellig, says.

Houston-based Wan Bridge has received a multi-billion dollar commitment from an investment partner and plans to expand its network of built-for rental home communities across Texas, the Houston Chronicle reports. The newspaper says the U.S. institutional investor is unnamed. But the additional capital will allow Wan Bridge to build as many as 30,000 homes over the next several years.

Hillwood, which in May announced it was building the largest-ever speculative warehouse, is planning two more speculative industrial projects in North Fort Worth, The Dallas Morning News reports.  Hillwood’s plan call for 441,720-square-foot and 493,920-square-foot warehouses to be completed in third-quarter 2022 to go with the 1.24-million-square-foot industrial warehouse already started.

The Howard Hughes Corporation and former Suns and Diamondbacks owner Jerry Colangelo have acquired 37,000 acres in the Phoenix metro area’s West Valley and are planning a master-planned community with a population of 300,000, AZ Big Media reports. Douglas Ranch will include 100,000 homes and 55 million square feet of commercial development at build-out. “We are creating a city of the future — leveraging The Howard Hughes Corporation’s development expertise to build a community with limitless potential to spur growth, business expansion, economic opportunity and innovation,” Colangelo said in a statement.

Real estate developers in Mexico will rely more on digital tools such as big data centers in the post-pandemic era, Mexico Business News reports.  “Data centers solve the growing need for immediate responses that society and companies are requiring today and whose demand will only increase with new technologies such as 5G. Moreover, they are among the assets of greatest interest to investors due to the increase in digital traffic in recent months, which augurs a new wave of expansion in the sector, creating new destinations for the sector,” CBRE Mexico Advisory & Transaction Services Director Rodrigo Folgueras says. 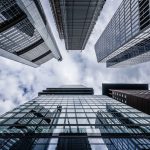 In the News—Week of October 18 2021The Title Trove 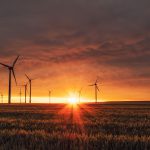 In the News—Week of November 1 2021The Title Trove