Would you take an up-front cash bonus and a pay cut to move to a cheaper area?
The Real Deal reports that Stripe, an electronic payment company, is offering $20,000 to employees if they move out Seattle, San Francisco or New York, all high-priced cities. Might sound good to some. But the company then wants to cut salaries to be in more in line with what workers make in more affordable markets, about 10% reduction. Other companies are trying similar tactics. Workers are split on the issue, according to a survey. About 50% balked at getting less for the same job. But about 44% said they’d take the deal.

BBVA USA to offer loan program for green commercial real estate
BBVA USA has started offering loans for sustainability-focused commercial real estate, PR Newswire reports. The loan is designed to help small businesses with closing costs for properties that meet environmental standards. “This product is a starting point in the larger sustainability picture that we’re piecing together. This rollout is essentially a momentum-builder for BBVA. It signals a new way of doing business that not only provides solutions for our clients that will benefit them financially, but ones that will benefit their — and our — communities in the long run,” BBVA USA’s Evan Matzen says.

Houston sees a jump in workers going back to the office, survey shows
Office occupancy in the Houston market rose to 31.8% in a national survey, the Houston Chronicle reported. That ranks the city third in a 10-market survey conducted by Kastle Systems. Dallas and Los Angeles were No. 1 and No. 2. The national average was 24.6%, an increase for the second week in a row. “To do that we’ve got to improve conditions in Houston,” said Bob Harvey, CEO of the Greater Houston Partnership. “We’ve got to drive these COVID stats down. And then we can think about reopening business.

Arizona Supreme Court to weigh legality of Peoria incentive
The Arizona Supreme Court has agreed to review a decision of a lower court over the legality of an incentive offered by a suburb of Phoenix to Huntington University, The Associated Press reports via Indiana Public Media. The Arizona Court of Appeals ruled that Peoria’s offer to invest in the university’s business didn’t violate the state constitution. The taxpayers who brought the suit also sued Arrowhead Equities, a commercial realty firm involved in the deal. Huntington University has main campus on Huntington, Indiana and branches in Fort Wayne and Peoria.

Tunnels near completion on section of Oaxaca-Puerto Escondido highway
Work on two tunnels of the third section of the Oaxaca-Puerto Escondido highway is 95% complete, Mexico News Daily reports. Gov. Alejandro Murat Hinojosa inspected the site, which is expected to be completed next month. The $324-million highway, which is scheduled to be completed in March 2022, will shorten the drive between the capital and Puerto Escondido, a popular beach resort, by about four hours. The project has been on the drawing board for decades but had not come to fruition until now. 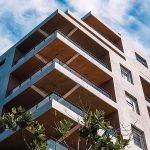 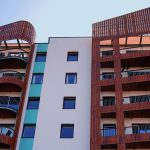