After COVD-19, civil unrest, it’s a buyers’ market for downtown Seattle condos
Seattle Met reports that months of COVID-19 restrictions and social unrest have taken a toll on the demand for condos in downtown Seattle. Many would-be buyers are taking a wait-and-see attitude over whether the central business district will return to its former vibrancy. “I used to hear about Walk Score all the time,” one real estate pro says. “I haven’t heard that word in six months.”

Detroit program pairs donors, needy homeowners for free energy audits
Walker-Miller Energy Services has launched a buy-one-get-one-free program for energy audits, Crain’s Detroit Business reports. The company is looking for Detroit homeowners willing to serve as donor homes to help needy homeowners elsewhere. Audits typically run $200 to $1,500. The Michigan chapter of the American Association of Blacks in Energy has agreed to serve as the fiduciary so the project can take donations. “Detroiters experience an energy burden where they are paying a significant amount of their income for bills,” CEO Carla Walker-Miller says.

Co-founder of Ron McDonald House in Houston passes away at age 81
Don Mullins, a former pro football player and commercial real estate developer for five decades, who helped establish the Ronald McDonald House Houston in 1978, died at 81. Mullins helped start the Ronald McDonald House Houston after he lost a young son to lymphoma, reports the Houston Chronicle The facility gives families a place to stay while a child is being treated for serious illness. The first Ronald McDonald House Houston was in an office building Mullins owned near the Texas Medical Center. The facilities are now in Texas Medical Center with 70 bed rooms. “Of all the things I’ve been fortunate enough to be involved in, this is the most worthwhile endeavor I became associated with,” he said. Don R. Mullins Interests developed stores for Kroger, Walgreens and CVS. Mullins played football for the University of Houston and spent two years in the NFL with the Chicago Bears.

Former parking garage in Fort Worth offers movable glass conference room
Winfield Place in downtown Fort Worth began life in 1919 as a three-story parking garage with a large elevator used to move cars from floor to floor. The structure has been converted into an office building, and one of its selling points is that elevator, the Fort Worth Star-Telegram reports. The elevator has been made into a glass conference room, which is now available on every floor with the touch of a button.

Phoenix bucks national building trend with 82% jump in construction starts
Construction starts for commercial and multifamily dipped 22% nationally and in all but two of the top metro areas in the first half of the year, Construction Dive reports. But in the Phoenix area starts were up 82%, according to Dodge Data and Analytics. The projects were valued at $2.8 billion. Detroit was 96% with a projects’ value of $929 million. Phoenix economic development director Christine Mackay says two drivers behind the market’s performance were that the area was slow to recover from the Great Recession and that the state has worked to streamline regulations. 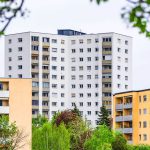 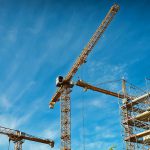 In the News—Week of October 5, 2020The Title Trove