Two tallest buildings ever in Staten Island get panel OK

Madison Realty Capital’s River North project in Staten Island has passed the Planning Commission and now goes before the City Council, The Real Deal reports. By a vote of 8-2, the Planning Commission approved zoning changes that allow three buildings to be 26, 25 and 11 stories. Two of those would be the tallest buildings in the borough. Plans call for 750 apartments.

Hawaii Energy offers $600,000 in grants to businesses on Maui

Hawaii Energy is offering grants for local businesses on Maui as much as $5,000 to pay for eligible energy efficiency, Maui Now reports.  A total of $600,000 is available from the state program. Hawaii Energy distributed more than $2 million last year through the grant program. The upgrades are expected to help save more than $447,000 in total electricity costs within the first year.

More workers in the Houston area have gone back to the office than almost anywhere in the country. But by the end of July that was only about 50.7%, according to Kastle Systems. Developers are rethinking the office, Community Impact Newspapers reports. Some developers have looked toward suburban markets, such as Kingwood and Humble, where vacancies are about half what they are in Houston. “When office development takes place going forward, I believe there will be a greater focus on flexibility, a greater focus on health and safety, and a greater focus on lifestyle,” Fields says.

North Texas biotech companies attracted $310 million in investments from January to March, a 376% increase from the same period in 2020, The Dallas Morning News reports. Investors are looking beyond the traditional coastal hubs of Boston and Silicon Valley. Real estate advisory Newmark considers Dallas-Fort Worth to be a “potential future cluster.” North Texas has more than 60 companies and 27,000 jobs in biotechnology, the Dallas Regional Chamber says.

Baker Development has acquired the 81 acres acquisition needed for the Cactus 303 in industrial park, AZ Big Media reports. The $150 million project, at the northeast corner of Cactus Road and Loop 303, will bring hundreds of jobs to the Surprise area. Baker Development is planning approximately 1 million square feet in seven Class A industrial buildings, with a retail component on Cactus Road. Construction is scheduled to begin early next year, and the first phase should be done by the end of 2022.

Swiss multinational Nestlé and Italian auto-parts maker Proma are investing in manufacturing facilities in the state of Guanajuato, Mexico News Daily reports. Nestlé will invest $160 million in its pet food factory in Leon. The company plans to increase production of dry food by 33% and wet foot by 108%. Proma executives say they plan to spend $130 million to build a plant in the state. 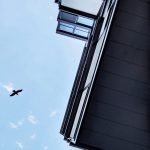 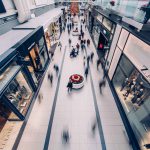 In the News—Week of September 13 2021The Title Trove